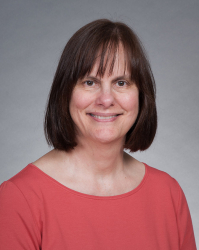 Deborah Wiegand received her Ph.D. in analytical chemistry from the University of Northern Illinois and joined the University of Washington as Lecturer in the Department of Chemistry in 1990. In the 1990s, she created the Women in Science program, a community for undergraduates during their first two years of chemistry coursework, and Science Service Learning, a series of courses that connected community service to scientific work. In 1995, she was promoted to Senior Lecturer.

In 2001, Prof. Wiegand shifted to a role in advising, serving as Director of Academic Counseling and Director of the UW Gateway Center from 2002-2004. She then served as the Assistant Dean for Undergraduate Academic Affairs from 2004-2013. During this period, Prof. Wiegand made wide-ranging contributions to student welfare and served on numerous high level university committees related to undergraduate education. She oversaw the creation of Academic Support Programs and the expansion of programming for incoming students by First Year Programs. Her collaboration with UW-IT resulted in two new applications, EARS (Electronic Advising Record System), a tool for advisers and other academic support staff, and MyPlan, an advising tool for students.

Prof. Wiegand returned to the Department of Chemistry in 2013 and was promoted to Teaching Professor in 2016. She leads the continuing enhancement of the general chemistry curriculum as the Director of Entry-Level Programs. Prof. Wiegand’s work in science education has been supported by the National Science Foundation and acknowledged by UW’s first S. Sterling Munro Public Service Faculty Fellowship, American Association of Colleges and Universities SENCER Award, Campus Compact SEAMS Award and being named a Carnegie Scholar by the Carnegie Foundation for the Advancement of Teaching.