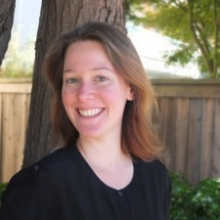 Congratulations to Associate Professor Brandi Cossairt, named by Phi Lambda Upsilon as the recipient of the 2018 National Fresenius Award.

Phi Lambda Upsilon was founded in 1899 as the first honor society dedicated to a single scientific discipline. There are now 75 chapters with more than 60,000 members. The University of Washington is home to one of the oldest chapters—the Epsilon chapter—chartered in 1910.

Established in 1965, the National Fresenius Award recognizes outstanding chemists whose early achievements have an exceptionally high quality and who show great promise for distinguished careers in chemistry. The award, consisting of a unique metal plaque and an honorarium, is given to “a person under 35 years of age who has made notable contributions to chemical research, education, and/or administration.” The recipient list reflects the society’s success in recognizing excellence and potential for future excellence in chemistry, particularly given that each awardee was nominated for it prior to having reached their thirty-fifth birthday.

Phi Lambda Upsilon announced on their website: “We would like to congratulate the 2018 Fresenius Award winner – Prof. Brandi M. Cossairt of the University of Washington. The Cossairt lab at UW focuses on developing the synthetic inorganic chemistry of molecules and materials for targeted applications in emissive displays, light harvesting, and catalysis. Prof. Cossairt has received a number of awards for her contributions in this area including a Packard Fellowship, a Sloan Research Fellowship, an NSF CAREER Award, and a Camille Dreyfus Teacher-Scholar Award. She is also an Associate Editor of the ACS journal Inorganic Chemistry.”

To learn more about Professor Cossairt and her research, please visit her faculty page and research group website.