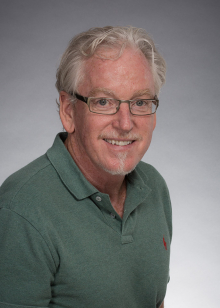 Charles Campbell, Professor and B. Seymour Rabinovitch Endowed Chair in Chemistry, received the Exceptional Achievements in Catalysis award from American Chemical Society’s Catalysis Science & Technology Division. This award acknowledges “excellence and scientific leadership in catalysis science and technology by an individual, emphasizing the impact of a researcher’s work in the broad field of catalytic chemistry and catalytic materials or molecules.” Professor Campbell will be celebrated with a symposium at the upcoming ACS National Meeting in San Francisco in August 2020.

Professor Campbell’s experimental research program focuses on environmental and energy-related catalysis and electrocatalysis. The broad range of work conducted in the Campbell group aims to develop exquisitely precise tools, especially for adsorption calorimetry and kinetics, to measure effects at surfaces more sensitively than anywhere else in the world, and to establish a deeper understanding of reactivity and physical chemistry at solid surfaces, particularly the kinetics and energetics of elementary steps in energy-related catalytic reactions on solid surfaces.

Professor Campbell’s previous accolades include the American Vacuum Society Medard W. Welch Award, the ACS Arthur W. Adamson Award for Distinguished Service to Surface Chemistry, the ACS Award in Colloid & Surface Chemistry, and an Alexander von Humboldt Research Award. He is a Fellow of the American Chemical Society, the American Association for the Advancement of Science, and the American Vacuum Society, and an Elected Member of the Washington State Academy of Sciences. He has delivered numerous endowed lectures, such as the Robert Burwell Lecture in Catalysis, the Gerhard Ertl Lecture, the Wolfgang Sachtler Lecture, the Fink Lecture, the R.B. Woodward Lecture, and the Ipatieff Lecture. He is the Editor-in-Chief of Surface Science Reports, previously serving in the same capacity for Surface Science, and he is an active member of several editorial and scientific advisory boards.