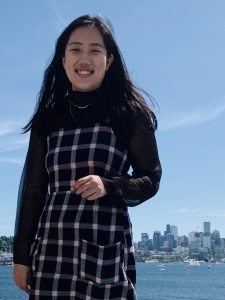 Casey is a senior studying Chemistry. She joined the Bush Lab in January of 2018. She is interested in studying the development and application of mass spectrometry based methods for the investigation of biological systems. Her current research project is focused on anion exchange chromatography as a method for rapid protein purification and fractionation for native MS analysis. After completing her undergraduate degree, she intends to pursue her PhD in chemistry.
Outside of research, Casey is involved with Free Radicals/PLU, the chemistry and biochemistry club, a TA for the general chemistry series, and a research analyst for a local biotechnology innovation consultancy. In her free time, she enjoys lifting, hiking, and cooking for her friends.
She is incredibly grateful for all the support and mentorship from Dr. Matt Bush and Daniele Canzani, as well as all members of the Bush Group. She would also like to thank Dr. and Mrs. Levinson for their generous support. 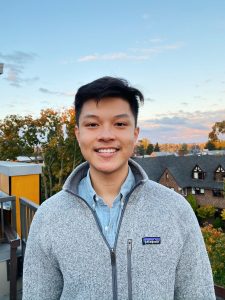 Tai is a senior at the University of Washington studying Biochemistry and Molecular, Cellular & Developmental Biology. He joined Dr. Ray Monnat’s lab during his freshman year and has since been conducting research on Fanconi Anemia (FA). FA is a rare genetic disease characterized by bone marrow failure, impaired DNA repair and an exceptionally high risk of cancer. His current project is focused on using genetic engineering to establish a cancer cell line disease model that would foster future research surrounding head and neck cancer in FA patients. The Levinson Emerging Scholars Award will assist with his extension projects, which are aimed towards creating a 3D tumor organoid model that would accurately reflect primary tumors, and exploring FA metabolomics to identify potential biomarkers that could be used as a method of early detection. His other research interests include cancer genomics and immunology. After graduation, Tai would like to continue conducting cancer research before attending medical school and intends on pursuing a career as a physician-scientist. He would like to thank his mentors, Dr. Ray Monnat and Weiliang Tang, for their outstanding guidance and continuous support, and Dr. Arthur Levinson and Mrs. Rita Levinson for their kind generosity. 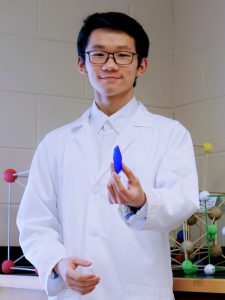 Shenwei is a third-year student pursuing majors in chemistry, mathematics, and physics. As a member of the Cossairt Group, he has been actively engaged in the synthesis and characterization of colloidal semiconductor nanomaterials for the past two years. His previous work focused on exploring CdSe nanostructures as highly efficient photocatalysts to drive lignocellulosic decomposition and as highly emissive light media in integrated photonic devices. Building on these experiences, he seeks to further investigate the potentials of II-VI and III-V nanomaterials. Through his studies, Shenwei hopes to unveil and understand more of nature’s mysteries and share his learning with others. For this reason, he enjoys working as a CLUE math tutor and plans to attend graduate school to continue enriching his knowledge. Conducting research in the Cossairt Lab has been an invaluable component of Shenwei’s undergraduate career. He would like to thank the Cossairt Lab members and past graduates for helping him become a well-rounded scholar. Shenwei is grateful for Dr. and Mrs. Levinson’s support and is thrilled to further his research and education as a Levinson scholar.