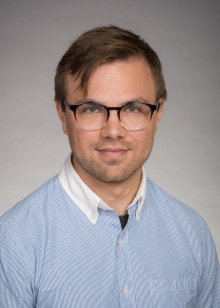 The International GCxGC Symposium Awards annually recognize leaders in the field of comprehensive two-dimensional gas chromatography who have made significant contributions in instrument development, applications, theory, software, and/or have contributed to the continued growth of the technology.

The Sacks Awards were established in 2013 in memory of Prof. Richard D. Sacks, a world-renowned analytical chemist who embraced the GCxGC technology in his laboratory at the University of Michigan for a few years before his untimely death in 2006. These awards recognize the three most outstanding student presentations at the symposium, which are selected by members of the organizing committee.

Tim attended the virtual 18th GC×GC Symposium in June 2021, maintaining the Synovec’s group's influential presence among the GCxGC community. Two alumni of the Synovec group, Sarah Prebihalo and Chris Freye, won first and third places of the Sacks Awards, respectively, at the symposium in 2017.

Tim earned a bachelor’s degree in chemistry from the University of Wisconsin-Milwaukee in 2018. He conducted undergraduate research with Prof. Joseph Aldstadt developing flow and sequential injection techniques and their hyphenation with low-field NMR spectroscopy for the determination of NPS (new psychoactive substances) in seized forensic samples. Tim moved to Seattle in September 2018 to begin graduate studies at the University of Washington with the Synovec group. Now a doctoral candidate, Tim focuses on optimizing chemometric software and developing instrumentation for multidimensional gas chromatography.