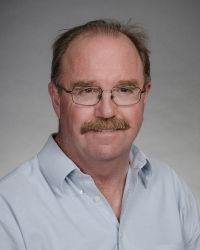 Research in the Heinekey group is focused on various aspects of transition metal organometallic chemistry. Major areas of investigation include synthetic, structural and mechanistic problems. A wide variety of analytical methods are employed in these investigations, with an emphasis on multinuclear NMR and x-ray crystallography. Professor Heinekey is also a member of the NSF-funded Center for Enabling New Technologies in Catalysis (CENTC), which draws together a group of investigators conducting research aimed toward the development of new catalytic systems.

The study of transition metal hydride complexes is an area of broad interest to organometallic chemists. The practical impetus for this work stems from the importance of such complexes in many catalytic processes used by the chemical industry. A great variety of structural types and reactivity patterns are exhibited by metal hydride complexes, and complete elucidation of the structure and dynamics of these fascinating molecules is a challenging problem.

Recent developments from this laboratory include the discovery of a very unusual quantum mechanical proton-proton coupling mechanism in a series of iridium complexes. The elucidation of this previously unknown coupling mechanism has caused a large body of literature on the dynamic behavior of metal polyhydrides to be targeted for reinvestigation in the light of these new findings. The existence of this process was established through the use of tritium NMR. This work is opening up several new possible applications of tritium NMR to a number of problems in organometallic chemistry.

In related work, the interaction of the dihydrogen molecule with a variety of transition metal complexes is under active investigation. In some cases, stable complexes of intact bound dihydrogen have been isolated. The binding of hydrogen to transition metal Lewis acid centers has been found to dramatically alter the reactivity of hydrogen with respect to heterolytic cleavage. In some cases, hydrogen can become a very strong acid upon binding to the metal center. The isolation of these complexes affords an opportunity to study in detail the mechanism of activation of hydrogen by metal complexes, which is a reaction of fundamental importance in several catalytic processes, including the hydrogenase enzymes.