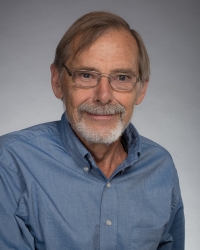 Niels H. Andersen was born in Denmark in 1943. He was a true child prodigy who always loved chemistry. He earned a B.A. in chemistry and mathematics from the University of Minnesota at age 20. He completed his Ph.D. in chemistry at Northwestern University in three short years, where he studied the synthesis and structure identification of terpenoid natural products with Professor James Marshall. Niels accepted a prestigious postdoctoral position with Professor E. J. Corey at Harvard University, participating in internationally known research on the synthesis of prostaglandins.

In 1968, Niels joined the University of Washington Department of Chemistry as its youngest ever faculty hire. Over fifty years, Niels taught organic chemistry to thousands of undergraduates and maintained a research group that published more than 200 peer-reviewed papers, with later work focused on designing new drugs and proteins.

The Andersen research group pursued a vigorous agenda that continued to advance our understanding of terpenoid structures, biosynthesis, and chemical syntheses. From the mid-1970s, there were indications in Niels’ work reflecting his interest in the use of spectroscopic techniques, particularly nuclear magnetic resonance (NMR) spectroscopy, to explore issues of solution conformation of biologically important molecules.

As the field of natural product identification and synthesis fell from favor while other fields emerged, Niels’ great intellectual ability and flexibility enabled his research program’s transition to one focused on the use of spectroscopy to explore fundamental thermodynamics and structural features associated with biorecognition phenomena, particularly pertaining to proteins and protein analogs. In this phase of his career, his research group was best known for the creation of the TrpCage miniprotein—just 20-amino-acid residues in size—that exists in aqueous solution in a folded state containing secondary and tertiary structural elements. The system has proven valuable for those interested in computer simulation of protein folding.

On June 1, 2018, Niels joined the ranks of emeritus faculty upon his retirement. He retained his sharp wit, kindness, and a cheerful, uncomplaining demeanor throughout a two-year battle with lymphoma; he left the world peacefully on December 20, 2019. In addition to thousands of students, Niels mentored many colleagues, in science as well as in living a full life with varied passions.