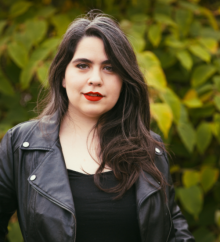 Congratulations to Damielle Hieber who was awarded a Louis Stokes Alliance for Minority Participation (LSAMP) Research Stipend! Damielle was featured as an LSAMP Scholar of the Week.

Damielle is a junior majoring in chemistry who credits LSAMP for the part it has played in her success at the UW. The LSAMP research stipend supported Damielle's research endeavors with the Theberge lab during winter quarter 2021. Due to the remote environment, a team of undergraduate researchers in the Theberge lab has been reviewing literature, writing, and conducting some experiments from home. A highlight for Damielle was being able to contribute to writing a grant.

Because of LSAMP, she has learned about other programs for students like her and realized that graduate school is an option for her.

"Every time I attend an LSAMP event, I find more support and more people who want me to succeed," she says. "LSAMP is pretty special."

After graduation, Damielle plans on going to graduate school either for chemistry or food science. As a former pastry cook who has done competitive sugar art, she is not sure of her exact path yet, but is researching her options.

Damielle enjoyed a recent LSAMP mixer for undergraduate and graduate students where she was able to hear from grad students, discuss the questions she and other undergrads had, and get to know each other.

When asked, "What is one piece of advice you would give to other students?" She responds, "Reach out. there are so many people at UW who want to help you achieve your dreams. I never thought I would be where I am now, and I could not have gotten here alone. So talk to your professors, classmates, LSAMP coordinators, you never know what will come of a talk." 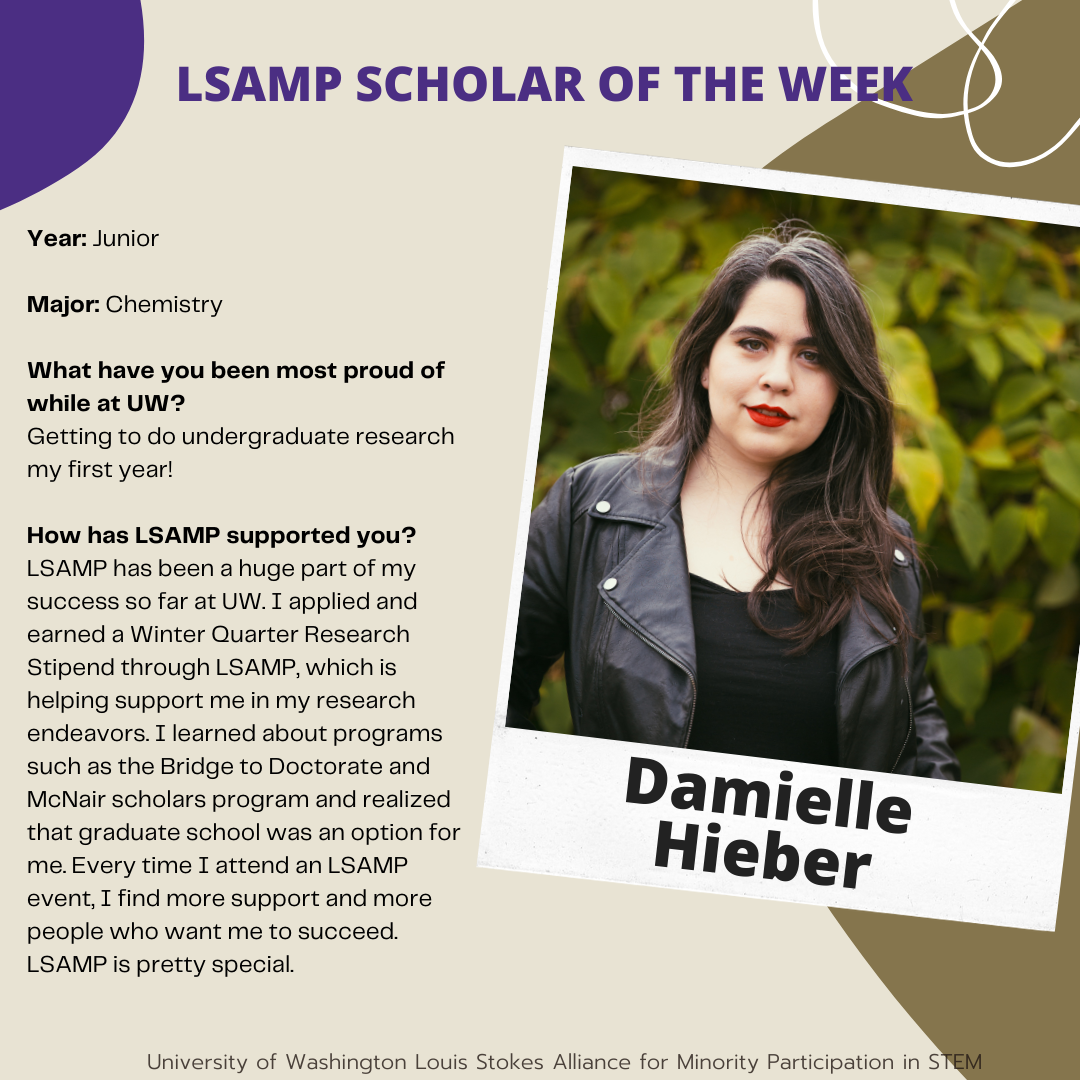 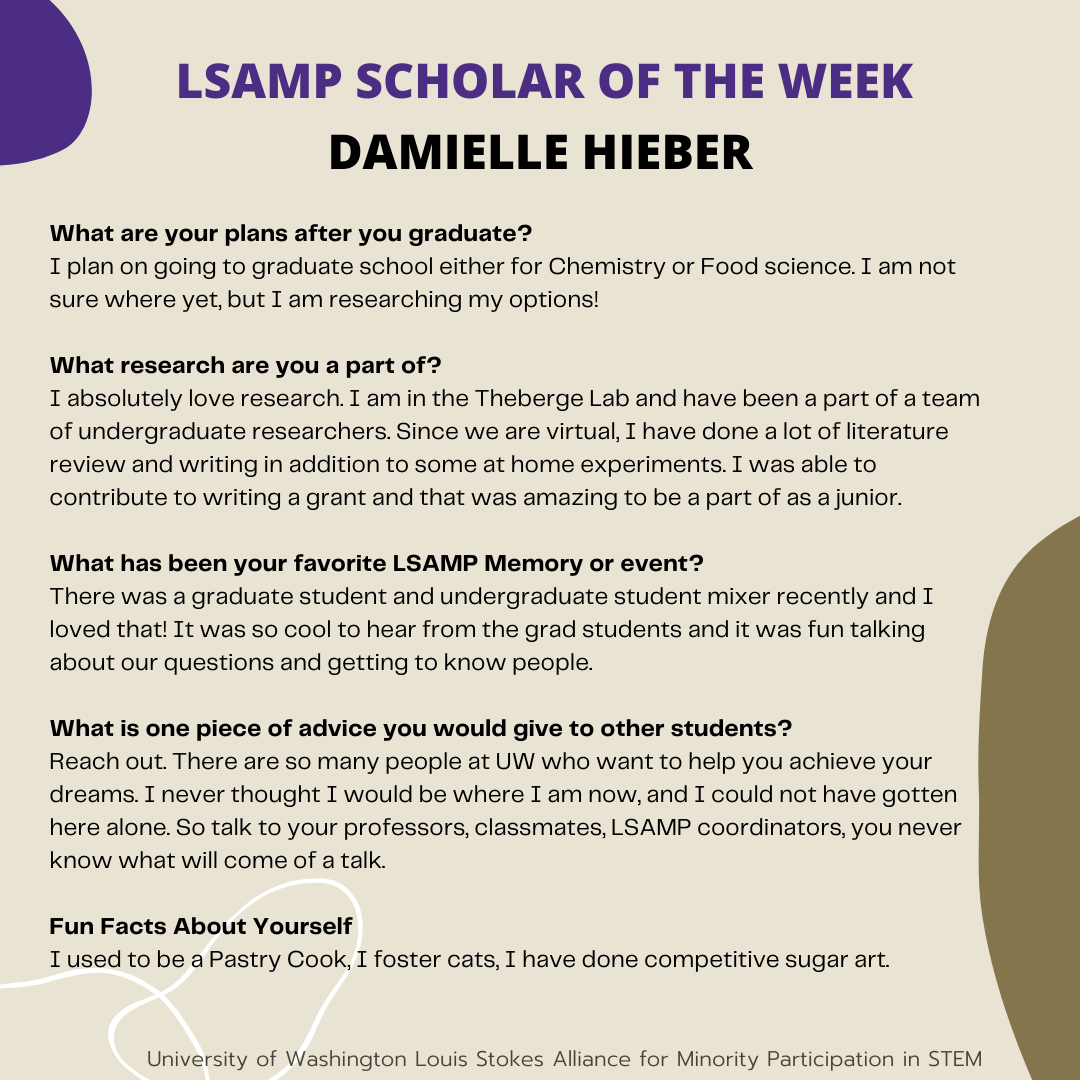 The National Science Foundation awarded the Louis Stokes Alliance for Minority Participation (LSAMP) grant to five institutions in the Pacific Northwest region, with the University of Washington as the lead institution under The Office of Minority Affairs & Diversity (OMA&D). The purpose of LSAMP is to integrate academic and social supports to build community, engage underrepresented minority (URM) students in undergraduate research, and increase their entry into advanced STEM degree programs and professional careers. By affiliating with LSAMP, students have access to internships, paid research opportunities, and more.