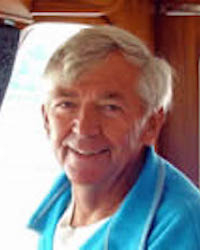 His publications include two monographs and more than 250 papers. His professional awards include the Talanta Medal, the Torben Bergmann Medal of the Swedish Chemical Society, the Gairn Medal of the European Society of Engineers, the Waters Award, the Silver Medal from Charles University, the Medal of University of Warsaw, Honorary Membership in the Japanese Society for Analytical Chemistry, the Scientific Award by the Japanese Society for Flow Injection Analysis, Fulbright Professorship served in Czech Republic, Hanus Medal of the Czechoslovak Academy of Science, and Memorial Medal of The Czech Technical University. In 2015 he was awarded the Gold Medal by his alma mater, the Charles University, Prague, Czech Republic for his collaboration with Faculty of Pharmacy.

Jarda lives with wife Petra in Honolulu, while their children and grandchildren live on mainland US, in Germany and Denmark. His hobbies were tennis, snowboarding and long-distance coastal navigation, and presently writing and watercolors.