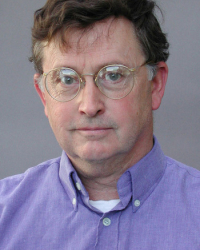 The habitability of the planet depends directly on the radiative/photo-chemical properties of biologically produced trace gases, which together constitute less than a percent of the total atmospheric burden. These trace gases are generally the volatile, often methylated products of microbial metabolic processes occurring in low-oxygen sites in both terrestrial and marine environments. The present atmospheric composition, and consequently the present climate, reflects a balance of the flux of these reduced volatile species (e.g., CH4, CH3SCH3, N2O, reactive hydrocarbons, methyl halides) from microbial sources vs. the subsequent dispersal, photochemical oxidation, and redeposition of degradation products as nutrients to the planetary surface and awaiting microbes. The elucidation of the relevant chemical species, reactions, and fluxes governing the natural recycling of elements essential for life is the primary goal of interdisciplinary research called "biogeochemistry." The controversial hypothesis that the living earth can best be understood as a self-regulating biochemical system which controls, or at least strongly influences, the mean state of the planet has stimulated recent research in which might be called "geophysiology" or "biochemical climatology."

Research in the Gammon group has been directed toward an improved understanding of the natural and perturbed biogeochemical cycles of C, S and the halogens in relation to climate and climate change. This requires the ongoing development of new and more sensitive analytical methods to measure accurately trace gases at parts-per-trillion-by-volume in both marine and terrestrial environments. In order to understand the cumulative impact of man-made emissions of climate forcing trace species, it is essential to understand the photochemical and climatic balance of the natural system. Recent research has focused on the carbon, sulfur and halogen cycles and the relative contributions of the ocean versus the terrestrial biosphere in determining the global distributions and secular trends of climate-forcing trace gases. Marine and atmospheric trace gas measurements have been made on expeditions aboard NOAA, Coast Guard, and other research vessels. Time series measurements of trace gases are made at the UW Clean Air Facility at the coastal station on the Olympic Peninsula (Cheeka Peak). Ongoing projects includes a stable isotope (D/H) study of the global atmospheric cycling of molecular hydrogen, and an investigation of the natural aquatic and terrestrial sources of the methyl halides (CH3Cl, CH3Br), and the determination of the pre-industrial atmospheric concentration of carbonly sulfide (OCS) from polar ice cores.