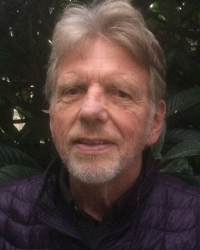 Chemical reactions involving condensed phases take place at interfaces. We are all familiar with billiard ball models which describe how gas phase species react with one another, but how can we visualize reactions at surfaces? This question is at the heart of understanding phenomena as diverse as corrosion, heterogeneous catalysis, fuel cells and electrochemistry. Although whole industries have been built up in these areas, working knowledge comes from a largely empirical rather than from an atomic level understanding of what is really going on. It is a goal of surface scientists to provide an atomic level description of structure, reaction kinetics and reaction dynamics at interfaces.

Professor Engel and his group specialize in the study of the interactions between gases and solid surfaces. When taking on such a task, physical chemists generally seek to find a model system which mimics reality as closely as possible, but which has few enough adjustable parameters that each can be varied to determine how they influence the process being studied. How does a surface scientist approximate the solid-gas interface? In the Engel laboratory, it is done by using single crystal surfaces in an ultravacuum (UHV) environment in which the partial pressure of individual gases can be controlled down to the 10-11 torr range. To understand how oxygen interacts with silicon, the Engel group can either allow a controlled pressure of molecular oxygen or a molecular beam of atomic or molecular oxygen to impinge on the surface. They ask questions such as: What is the probability that the incoming particle forms a bond with the surface? How strong is the chemical bond formed? Does the reaction proceed differently if atomic rather than molecular reactants are used? How do the chemisorbed oxygen atoms arrange themselves on the surface? If volatile gaseous products are formed, what is their identity and what is the activation energy associated with their formation?

These are familiar questions for the student of chemistry, but they require new techniques when applied to surfaces. They have at their disposal five UHV systems with an array of surface analysis methods such as low energy electron diffraction (LEED), Auger electron spectroscopy (AES), ion scattering spectroscopy (ISS), X-ray photoelectron spectroscopy (XPS or ESCA), modulated beam mass spectrometry, scanning tunneling microscopy (STM), and atomic force microscopy (AFM). It is the combination of these various methods which allows difficult problems in surface science to be studied deeply. It is also the breadth of these techniques coupled with a training in vacuum technology and instrument design which prepares graduate students in the group for a future professional activity in surface science.