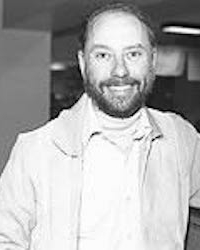 One area of current interest to Zoller is the development of analytical techniques that can be used for non-destructive chemical analysis of both industrial process streams and waste streams (gas and liquid) from industry. This work is done in cooperation with Los Alamos National Laboratory (NM) and Lawrence Livermore National Laboratory (CA). There, the radioisotope 252Cf is used as a neutron source, in addition to 14-Mev accelerated-produced neutrons, to excite gamma rays emitted upon neutron capture. Other projects will involve the use of neutron activation analysis to measure trace metals in different specimens, such as fish, shellfish, or source pollutants to Puget Sound.

Also of interest to Zoller were studies of the chemical composition of particles and gases released by volcanism. These showed that many elements are highly enriched in the volcanic plumes. Past studies of volcanic chemistry focused on the role played by the halogens, chlorine, and fluorine in the enrichment of platinum group metals Ir, Os, and Re in volcanic gases. In addition, the mechanism of release and impact on the atmosphere of elements such as Se, As, Sb, Cd, In, and Pb was investigated.

Areas of atmospheric chemistry that have been of interest to Zoller involved the collection and chemical analysis of particles and gases from remote areas of the earth's atmosphere. His studies focussed on identifying the sources of these particles and gases and on assessing the impact of anthropogenic emissions to the atmosphere in these remote areas. Some of these projects involved fieldwork in Washington, Alaska, and Hawaii. Special emphasis was placed upon the sulfur cycle and the cycles of the volatile metals Se, Sb, and As in the marine atmosphere, with particular emphasis upon the source of these natural enriched elements in the atmosphere. Zoller's work attempted to answer the question as to how the ocean, or organisms in the ocean, effected the concentration of the elements in remote areas.