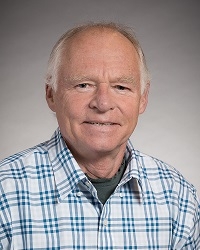 Frantisek Turecek was born in Prague, Czechoslovakia, where he received a PhD in organic chemistry from Charles University in 1977. In 1987 he and his family left Czechoslovakia and, after spending a year in a refugee camp, they moved to the United States where he joined Fred McLafferty at Cornell University.  In 1990 he joined the faculty of the Chemistry Department at University of Washington, Seattle, as Associate Professor and was promoted to Professor in 1995. In 2013 he was appointed the Klaus and Mary Ann Saegebarth Endowed Professor of Chemistry.  He was VIP Visiting Professor at the Department of Physics and Astronomy, University of Aarhus, Denmark (2007), Visiting Professor at Ecole Polytechnique Palaiseau (2008, 2010),  Universite Marie Curie, Paris (2008), and Universite de Normandie, Rouen (2013), and the Royal Society Kan Tong Po Visiting Professor at the University of Hong Kong (2014).

His research interests have been in the chemistry of highly reactive molecules (enols, sulfenic acids), hypervalent radicals,  nucleobase radicals related to DNA damage, and peptide radicals and cation-radicals. His other interests include mass spectrometric instrumentation, gas-phase ion chemistry and stereochemistry, ion-surface interactions (soft and reactive landing), and applications to proteomics, clinical analysis, and newborn screening of rare genetic diseases caused by inborn errors of metabolism. He is author of >440 scientific papers, three books, and several patents.  His collaborative research at UW resulted in exclusive licenses for newborn screening techniques and substrates that were issued to Perkin Elmer and brought the UW a revenue of over $6 million. He has been plenary or keynote lecturer at Annual Conferences of the American Society for Mass Spectrometry, International Mass Spectrometry Conferences, and mass spectrometry society meetings in Germany, France, Czech Republic, Finland, Hong Kong, Japan, Brazil, and Australia.